Who has never felt the sting of failure?

Certainly not me and interestingly, not any of the truly successful people in my life.

It’s not something to be relished though – that feeling of shame and embarrassment that comes with admitting that you blew an investment, failed an assignment or ruined your marriage – and for some, this experience can be crippling.

It doesn’t have to be though.

John Maxwell talks about “failing forward” and I love this concept.

If you can grasp the fact that failure is simply a stepping-stone on the way to success – how different would your self worth and subsequent actions be? Instead of being stuck in your failure and letting it define you for life, wouldn’t it be freeing to be able to forgive yourself, learn from your mistake and move forward?  Of course, this doesn’t mean that things are easy to deal with, or to be taken lightly, but how you deal with failure will determine not only your future success, but also how easy it will be to achieve.

Everyone has different coping mechanisms and ways they react to failure. However, learning the ways that more often lead you to success can help you enormously!

Here are some tips on how to move past failure:

2.Forge ahead. It’s completely normal to feel like giving up when you’re first hit by failure. The most important part of failure is what you do afterwards. So strive to have confidence in yourself. This experience may very well be your last step before you reach great success!

3.Surround yourself with good people. It’s a good idea to be surrounded by like-minded and positive people. This is especially important when you’re dealing with the negative emotions that may accompany failure.

4.Set goals. If you’ve failed at a large task, think about setting smaller, immediate goals. If you build your way up to completing a difficult task using small steps, each step may not feel so overwhelming. When you’re finished, you’ll be amazed at what you achieved!

5.Visualise your dreams. Fight the negative thoughts that creep up after failure by visualising yourself meeting your goal. Take the time to picture yourself successfully going through each step it will take to reach your goal.

6.Be enthusiastic. When you first set out to achieve something big, chances are you approached the task at hand with a great deal of enthusiasm. If you meet failure once or even several times, it’s important to maintain the enthusiastic force to give you the energy and drive to continue toward your goal.

7.Write it down. Keep a journal that details your personal thoughts, goals, and attempts. It will help you stay organised and focused on success. Another good exercise is to write your goal on a piece of paper and place it somewhere where you can see it several times each day to remind yourself to take action toward this desire.

8.Don’t dwell in the past. The past doesn’t have to be your present or future. Just because you had a setback, it doesn’t mean that it will continue to be the case. The only way to achieve your goals is to keep trying.

It’s likely that you can think of someone you know who set his or her mind on a goal and would stop at nothing to achieve it. It’s not just some kind of story or fantasy – this could be you, too! Adopt this drive and apply it to your situation.

When you believe in yourself and your abilities, you’ll gain the drive to keep moving forward and you’ll feel unstoppable.

“Failures are finger posts on the road to achievement.”  – C.S. Lewis 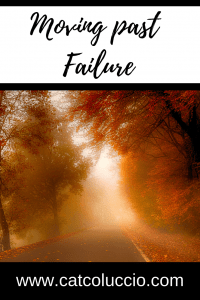 Aroha Change your Thinking & Kick Procrastination to the Curb!

My Story of Living with Chronic Pain

How to Rock your Midlife – Hack #1 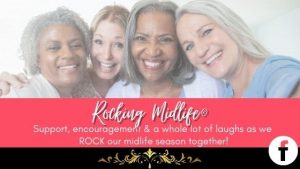 Read, Write and Publish! For Men and Women who love reading and writing! 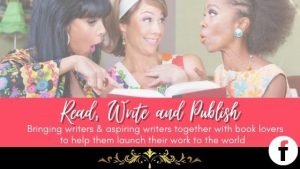 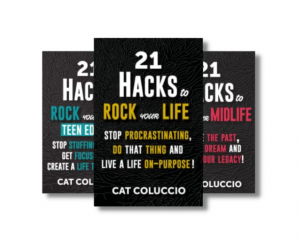 Want 30 Quick Tips to help you ROCK your productivity?